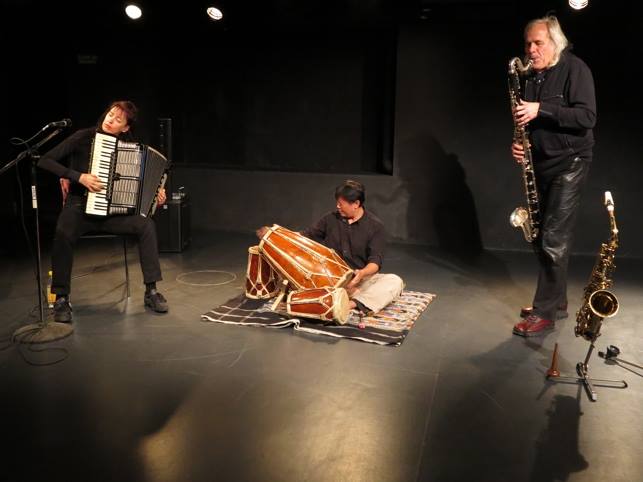 The first time they have met at the 2nd int. Cracking bamboo festival 2010 in Vietnam and Indonesia, where they have played together 2 concerts at the sold out opera in Hanoi, one in Bandung and one at the music conservatory in HoChiMin City. In Bandung the ensemble kyai fatahilla and the duo fatale had an extra concert meeting at the Universitas Perdidikan Indonesia, Durusan Perdidikan Musik FPBS. Immediately they knew, that they had to create an own project together, so they started to exchange ideas, datas, knowledge and music from their groups - creating their new common group fata-fata.